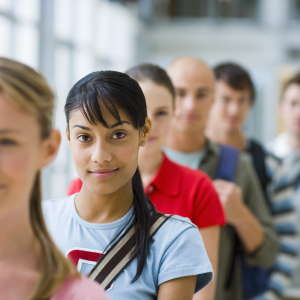 OKLAHOMA CITY, OKLAHOMA, MAY 3, 2016 – A united group of local organizations passionate about decreasing birth rates among teens in central Oklahoma has good news to share during a significant month for the cause. May is National Teen Pregnancy Prevention Month, an advocacy push to promote reproductive health and address the nation’s disproportionately high rate of unintended pregnancies among young people.

Reducing teen births in Oklahoma County and the OKC metro area is a priority for reducing teen birth rates in the state. Not only is Oklahoma County the county with the highest number of teen births in the state, but when you add in adjacent counties, the OKC metro area represents nearly one-third of all teen births in Oklahoma. The Central Oklahoma Teen Pregnancy Prevention Collaboration (COTPPC) is pleased to report the outcomes from the last year of teen pregnancy prevention efforts in central Oklahoma.

The data comparison being released in this report is comparing 2013 data to 2014 data.

This double-digit (17%) decline in teen births ages 15 – 19 over the last year can be credited to expanded programs and collaboration between service providers, community partners, and civic and faith-based leaders to provide comprehensive, age-appropriate, evidence-based initiatives in central Oklahoma. The greatest percentage decline was seen among younger teens (ages 15-17), the group that has been a priority focus for the expansion of evidence-based programs and community engagement efforts in recent years.

SO, HOW IS THIS HAPPENING?

This success is due to effective partnerships and expanding community engagement. During National Teen Pregnancy Prevention Month in May 2015, the COTPPC published the “As a Matter of Fact” comprehensive plan, a report seeking to inform, educate, and rally the community to achieve an aggressive goal: To reduce teen births in central Oklahoma by one-third between 2015 – 2020. With the birth rate declining by 17% in just the first year alone, the collaboration is more than half way to its goal.

This plan calls for a coordination of prevention efforts, growing partnerships, and grassroots community efforts that are already showing success in a number of other ways as well. Numbers have declined significantly in Oklahoma County over the past year:

"We are extremely proud of the local success we've seen in reducing our teen pregnancy rates,” says Gary Cox, Executive Director – Oklahoma City-County Health Department. “The OKC-County Health Department is proud to work with amazing partners through the efforts of the Wellness Now Adolescent Health Workgroup and the Central Oklahoma Teen Pregnancy Prevention Collaboration that unite to address important issues like this and come up with solutions that ultimately better the lives of our children and the community as a whole.”

In July 2015, the Oklahoma City-County Health Department, Kirkpatrick Family Fund and the COTPPC received a Federal Health and Human Services grant of $6 million to address these goals over the next 5 years to 10 new zip codes with the highest rates of teen births. Plans are underway to expand efforts to deliver age appropriate, evidence-based, and medically accurate programs to this focused demographic. Implementation is expected to begin in the 2016 school year and is expected to reach approximately 4,700 youth ages 12-19 per year.

To ensure the community understands the evidence-based programming for grades 6 – 12, five Community Advisory Groups made up of parents, community leaders, students, and teachers have been formed to provide feedback on programming. “These key individuals will serve as ambassadors for the evidence-based programming to increase community awareness, assist with outreach activities, and help expand local support and resources,” says Sheila Cavallo, TPP Project Manager – OKC-County Health Department.

Additionally, a Youth Leadership Council will be established in the 2016 – 2017 school year and will participate in program planning, implementation, and evaluation activities. They will plan teen pregnancy prevention activities designed to increase community awareness about teen pregnancy and the importance of evidence-based replication programs. “The goal for the Youth Leadership Council is to provide opportunities for authentic, meaningful engagement in the project that enables them to have a voice and to learn and grow their leadership skills as a result of their experience with the project,” says Cavallo.

Focusing on teen pregnancy prevention with this age group is critical to increasing high school graduation rates, as well as enabling more young people to further their training and education after high school and encouraging them to start a career before starting a family. The Kirkpatrick Family Fund has begun a strategic partnership with the National Campaign to Prevent Teen and Unplanned Pregnancy to begin an instrumental initiative at community college and post-secondary institutions across central Oklahoma.

“The impact teen pregnancy has on students is tremendous,” says Katy Suellentrop, Vice President of Programs – The National Campaign to Prevent Teen and Unplanned Pregnancy. “Three-quarters of students nationally report that preventing unplanned pregnancy is very important to them, and eight in 10 say that having a child while still in school would make it harder to accomplish their goals. We are confident our partnership with the incredible community efforts already in place in central Oklahoma will be successful at the post-secondary level in 18 – 19 year olds.”

“There is still much work to be done, but with committed community partners we are beginning to see a huge impact,” says Cox.