Kirkpatrick Family Fund Welcomes David Harlow to Board of Trustees 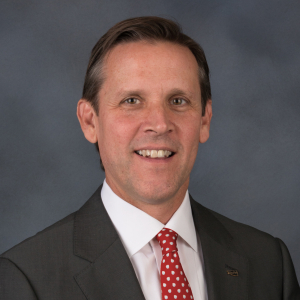 An Oklahoma City native, Harlow currently serves as CEO of BancFirst Corporation, parent to Oklahoma’s largest state-chartered bank, with assets in excess of $7.4 billion and locations in over 50 Oklahoma communities. After receiving his Bachelor of Science degree in Mechanical Engineering from Southern Methodist University, Harlow returned to Oklahoma to earn his Master of Business Administration degree from the University of Oklahoma. Harlow began his career in the financial sector in 1986 with Liberty Bank and Trust where he began as a Loan Administration Officer and left Liberty 11 years later as Senior Vice President-Manager of their Metropolitan Lending Division. After two years as Executive Vice President of Dorchester Capital Corporation, he joined the BancFirst organization in 1999 serving as Executive Vice President and Manager of Commercial Banking for BancFirst, Oklahoma City. In 2003, Harlow was named Regional Executive and President of BancFirst, Oklahoma City, where his responsibility grew to include the overall management and administration of BancFirst Corporation’s largest bank. In May of 2017, Harlow was named CEO of BancFirst Corporation.